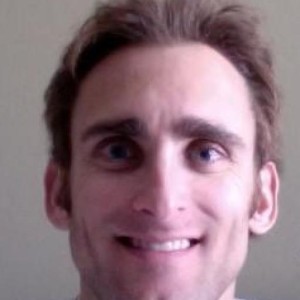 If someone tells you can’t do something, don’t you believe it.

This has been my mantra for many years. I was born three months premature, weighed only 31 ounces and was only 11 inches long – with tiny hands the size of a man’s fingernail. During the first 4 months of my life, I had to have a series of operations to correct conditions that threatened my grip on life. Doctors said that I probably would not survive.

But hang on I did and when it seemed that everything would turn out fine, as a toddler, I was diagnosed as being profoundly deaf – I could hear sounds with frequencies below a certain threshold, but above that and I was at a loss.

Along with the diagnosis of being profoundly deaf, there were many other obstacles to overcome. Many of them I did not even know about. There were many times when doctors and professionals told us that I would not be able to do certain things, but my parents never took no for answer. My parents took the brunt of everything that was going on as I was growing up. All they wanted for me is to be happy and just be a kid. They told my teachers to treat me the same as everyone else. I was able to take those lessons and apply them as I headed out to college and in the workplace.

Amazingly, even before the diagnosis, I had the uncanny and innate ability to lip-read. So, with the courage and foresight of my parents who were determined to raise me as normally as possible, I learned how to speak, became an athlete and graduated with a B.A. from Michigan State University. I have now created a career as a motivational speaker and owner of a fitness facility called CrossFit Bloomfield.

I never felt that I was any different than any of the other kids. Even if I was teased to my face, I didn’t care, because I was confident in who I was. I was able to get kids comfortable with me by showing them that I could lip-read. Kids always thought that it was cool. When I was about 12 years old I went away to Michigan State Hockey camp, stayed in the dorms, and by the second day I was demonstrating how far down the hall I could read someone’s lips. That was just my nature. My parents taught me the confidence to always be tough even when disheartening situations arose. “Never say die” was our attitude.

My parents taught me to recognize sounds. It was called “Learning to Listen”.  Lip-reading was actually discouraged by my parents. They always covered their mouths when they were speaking to me. Teaching me to speak was a full time job for my parents.

I was such a free spirited person that I did not even realize that I was different than any of the other kids. Being tough was a fact of life.  Failure was not an option.  My parents made me take care of myself and speak for myself even when i couldn’t speak. This attitude created an atmosphere which allowed me to thrive. In fact, when I was about 10 I was watching TV and before the show began it said closed captioned for the hearing impaired. I looked at my parents and said “Oh, then, if I am watching this, then I must be hearing impaired?”

People often ask me how I dealt with every minute of my time being occupied.  Fortunately I didn’t know that other kids weren’t doing what I was doing.  I would never say that there weren’t stressful times.  Sports was and still is the outlet that allowed me to relieve any stress.  Playing sports was my area to shine and since they didn’t require many hearing issues, I was totally equal with everyone else.

Comprehension was a huge problem for me and lessons had to be repeated uncountable times.  I do believe that my parents were uncertain if I would ever be able to memorize multiplication tables! It wasn’t until I was sixteen that a diagnosis of ADHD was made. Taking medication changed my life.

The love, support and hard work that were invested in me are truly the foundation of how I treat others and view my life today.  Everyone is unique and special in their own way.  It’s when you take the time and put forth the sincere effort to show love, compassion and acceptance that you can move past the “disability” and see a person for who they are and the good they have in their heart.

Jordan Levin has overcome many obstacles in his life to become a fitness coach, motivational speaker, and champion for overcoming our nations childhood obesity epidemic. He is a certified physical trainer, owner of CrossFit Bloomfield, subject of the book "We Were Relentless," President of the Jordan Levin Childhood Obesity Foundation, and speaks to groups about his life's journey. Visit his website at www.jordanlevin.com
View all 1 of Jordan's posts
Categories